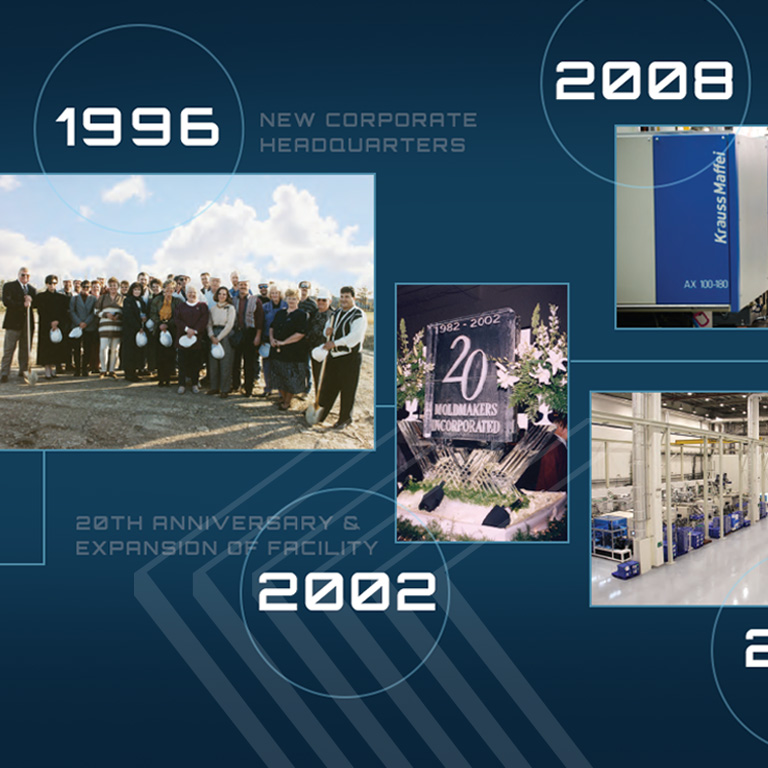 Founded in 1982 by Mark G. Sellers, MGS continues to embody its founder’s entrepreneurial spirit as a leading global provider of optimized manufacturing solutions for high-precision plastics products, across multiple industries. Here’s a look at how MGS has risen to become the ideal manufacturing partner to meet your greatest challenges and make your programs successful.

MGS Through the Years